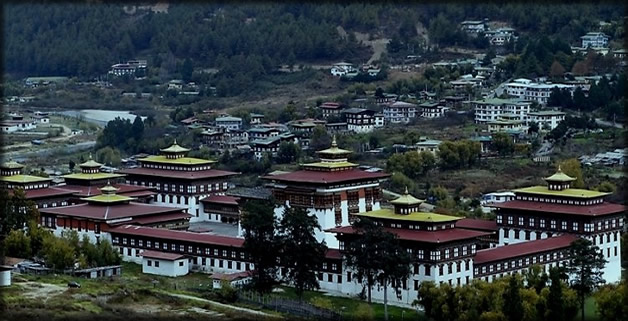 After your placid flight touch down at Paro International Airport, you will be warmly welcomed by the representative of Advent Bhutan Tours who will be your Bhutan tour guide throughout your entire travel in Bhutan.

On arrival at Thimphu, check into your hotel and after a refreshment, visit the following places:

In the evening, stroll around the Thimphu town.

After breakfast,  visit the following places in Thimphu:

After lunch, travel to Paro and visit the following:

Visit the  the Rinpung Dzong, a Buddhist monastery and fortress which houses the district Monastic Body and government administrative offices of Paro Dzongkhag, a fine example of Bhutanese historic architecture.  It was built in 1645 to defend the valley against Tibetan invaders. From the Dzong, march further down to Nyamai Zampa, a traditional cantilever bridge which lies below the sheer walls of  Rinpung Dzong. Stroll through Rimpung Bridge ( The oldest bridge in Bhutan)

Then, visit a farmhouse which offers a good glimpse into the authentic lifestyle of a Bhutanese farmer.

In the evening, stroll around the Paro town and market.

Drive to Satsam Chorten and then hike to the Taktshang, the Tiger’s Nest. Normally it takes about three and half hours to complete the hike but might take longer depending on your fitness.  Paro Taktsang, also known as the Tiger’s Nest, is an important  Buddhist sacred site which clings to the rock face, 900 metres above the valley floor.To the rear of the Taktsang lies Senge Samdup cave where Guru Rinpoche is said to have meditated for three years, three months, three weeks, three days and three hours in the 8th century. Today, Paro Taktsang is popularly known for the thirteen Taktsang or “tiger lair” caves in which he meditated..it is believed that Padmasambhava (Guru Rinpoche) flew to Taktshang from Tibet on the back of a tigress from Khenpajong. This place was consecrated to tame the Tiger demon.

Then drive to your hotel. On the way visit the Kichu temple. It is one of the 108 temples built in the 7th century by the Tibetan King Songsten Gampo. The Jowo Temple of Kyichu is one of the oldest temples in Bhutan. To overcome a giant demon who prevented the spread of Buddhism, laid on the whole area of Tibet and the Himalayas, King Songtsen Gampo build 108 temples placed on all the points of her body.

In the evening, you can relax after your tiresome journey/ you may relax in the traditional hot stone bath. 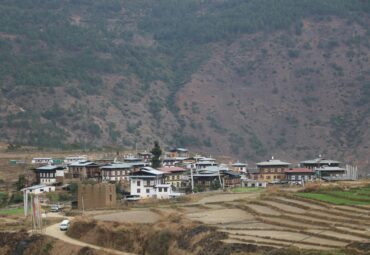 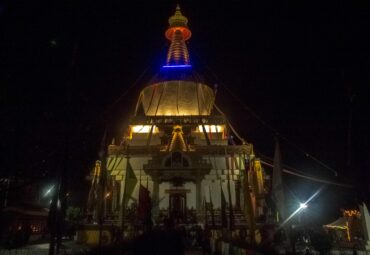