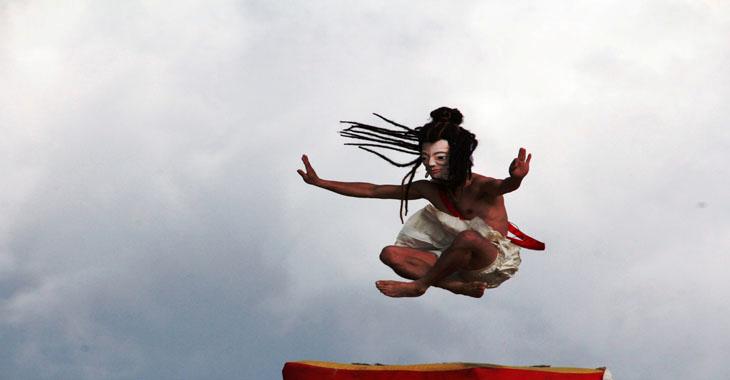 The Dochula Druk Wangyel Festival is held on December 13th at the Festival Ground near Druk Wangyel Lhakhang which is located at Dochula Pass. It started in 2011, in commemoration of His Majesty the Fourth Druk Gyalpo and the Armed Forces’ victory over Indian insurgent forces residing in southern Bhutan in 2003.

On arrival at Paro airport and after completing your immigration formalities, you will be warmly welcomed by the representative of Advent Bhutan Tours who will be your Bhutan tour guide throughout your entire travel in Bhutan.

After a brief rest, start your mesmeric experience of Bhutan by first visiting the National Museum, housed in the Ta Dzong (watchtower). Ta Dzong- National Museum of Bhutan is a cultural museum in the town of Paro established in 1968. Built on top of the hill above Rinpung Dzong, it was originally used to defend Rinpung Dzong and the Paro valley during times of war.

Walk down to Paro Dzong, a Buddhist monastery and fortress which houses the district Monastic Body and government administrative offices of Paro Dzongkhag, a fine example of Bhutanese historic architecture.  It was built in 1645 to defend the valley against Tibetan invaders. From the Dzong, march further down to Nyamai Zampa, a traditional cantilever bridge which lies below the sheer walls of  Rinpung Dzong. Stroll through Rimpung Bridge ( The oldest bridge in Bhutan) 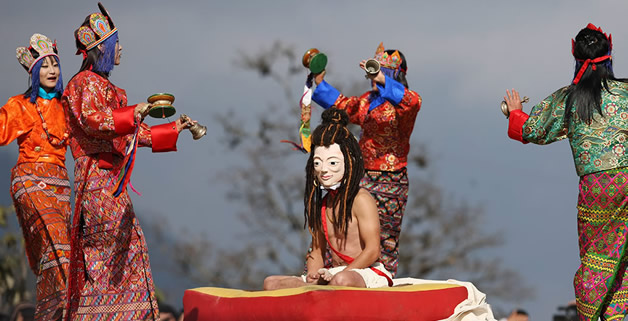 In the morning, drive to Satsam Chorten and then hike to the Taktshang, the Tiger’s Nest. Normally it takes about three and half hours to complete the hike but might take longer depending on your fitness.  Paro Taktsang, also known as the Tiger’s Nest, is an important  Buddhist sacred site which clings to the rock face, 900 metres above the valley floor.To the rear of the Taktsang lies Senge Samdup cave where Guru Rinpoche is said to have meditated for three years, three months, three weeks, three days and three hours in the 8th century. Today, Paro Taktsang is popularly known for the thirteen Taktsang or “tiger lair” caves in which he meditated..it is believed that Padmasambhava (Guru Rinpoche) flew to Taktshang from Tibet on the back of a tigress from Khenpajong. This place was consecrated to tame the Tiger demon.

On the way visit Kichu temple. It is one of the 108 temples built in the 7th century by the Tibetan King Songsten Gampo. The Jowo Temple of Kyichu is one of the oldest temples in Bhutan. To overcome a giant demon who prevented the spread of Buddhism, laid on the whole area of Tibet and the Himalayas, King Songtsen Gampo build 108 temples placed on all the points of her body.

Then voyage to Thimphu.

After breakfast, drive for about 45 minutes to Dochula Pass (3140 m) to attend the day-long Druk Wangyel Festival. You will be fascinated by the spectacular view of the Himalayan Mountain ranges and enjoy the unique, beautifully coloured mask dance and historical folk dances under the clear winter sky.

After the festival, drive to Punakha which takes about 2 hours drive from Dochula.

Dinner and overnight at a hotel in Punakha.

Then visit the Punakha Dzong, majestically sprawl between the Pho Chu (Male River) and the Mo Chu (Female River). It is the old capital of Bhutan and presently the winter residence of the central monk body. It is also known as Pungtang Dewa chhenbi Phodrang (meaning “the palace of great happiness or bliss). It is the second oldest and largest dzong built in 1637 by Zhabdrung Ngawang Namgyal (Unifier of Bhutan) to serve as the religious and administrative seat of the region.

After breakfast drive to Phobjikha valley via Gantey village where you see the Gangtey  Monastery and visit the monastery. Gangtey Gompa, an important monastery of Nyingmapa school of Buddhism, is one of the main seats of the religious tradition based on Pema Lingpa’s revelations.It is the most tourists visited the place during the winter season to see the magnificent black-necked cranes that migrate from far-flung remote parts of Tibet. The spectacular ambience surrounded by hills and mountains are home to wandering shepherds and yak-herders. The view is breathtaking.

You will have refreshment and lunch at a resort/restaurant in this valley. Afternoon you can visit the Black Necked Crane Center and enjoy the fascinating sight of these birds in this beautiful scenic valley.

In the late afternoon drive back to Punakha and overnight at a hotel in Punakha.

After breakfast, travel onto Thimphu.  After lunch at Thimphu visit the following places:

The Folk Heritage Museum– The museum was launched on 28 July 2001 under the initiative of founder Queen Mother Ashi Dorji Wangmo. The outdoor museum gives an insight into rural life.The museum exhibit diverse materials associated with the Bhutanese culture and way of life.The exhibition comprises of rural households’ artefacts, equipment, objects and tools.

After breakfast, attend the National Day Celebration which will be held at Changlimithang Stadium.  After lunch, Thimphu Sightseeing includes the visit to the following places:

In the late afternoon, drive to Paro.

End of the tour

The above Bhutan tour package price includes the following: